The Buzz In The Halls: What Music Do Vipers Listen To? 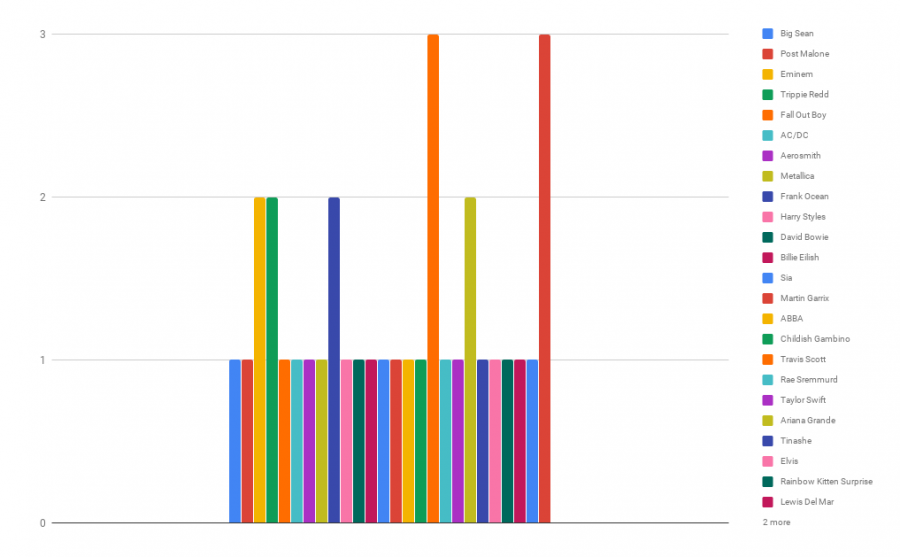 A survey of 50 randomly selected Verrado students recently revealed which musical acts are most popular at the school. Out of the students surveyed, the artists listened to the most frequently are Eminem, Justin Bieber, Travis Scott, Trippie Redd, Metallica, Frank Ocean, Ariana Grande, XXXTentacion, One Direction, Jason Aldean, and Thomas Rhett.

Several students say that their favorite artists have a sense of empowerment or originality that they provide within their lyrics and message.

Sophomore Sydney McKenna said she likes to listen to Justin Bieber because his music brings back happy memories for her.“[Bieber] makes me believe in true love and gives me strength in ways that nothing else does,” McKenna said. “I have been a fan since my early years of elementary school.”

Sophomore Cullen Fabits, meanwhile, said he most often listens to Travis Scott–as two other peope do. “He represents an originality that is not present in today’s generation of music,” Fabits said. Fabits has been a fan of Scott ever since the rapper’s 2015 album Rodeo was released.

A variety of hip hop artists are popular amongst the Viper Student Body, including not only Travis Scott but also Post Malone, Childish Gambino, and Detroit-based rapper Eminem. Sophomore Izzy Monzon favors Eminem because of his motivational songs.”His lyrics have a powerful message behind them,” Monzon said. “They keep me focused on any goal that I am striving for, whether it be academic or athletic.” Monzon has been listening to Eminem for as long as she can remember.

For our Verrado High School readers–what music do you listen to the most? Feel free to comment below with your favorite artists! 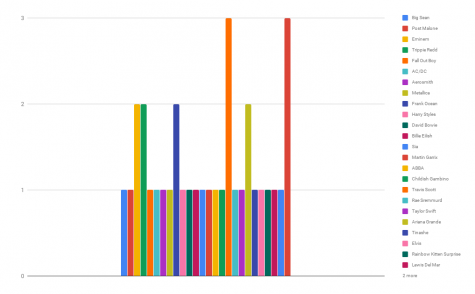