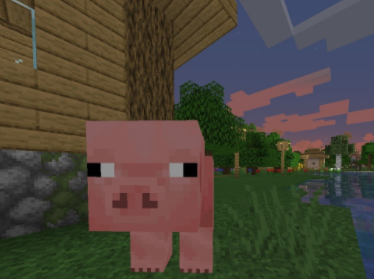 Minecraft is one of the most popular and iconic games that we have seen yet. While the pandemic is still in effect, it’s still not too late to try to get interested in Minecraft or video games in general if you haven’t yet already. It’s appealing to all ages, and certainly isn’t becoming obsolete anytime soon. It has a little bit of everything for everyone and is a good starting point in figuring out what types of games you like.

There are two main versions of Minecraft, Java edition and Bedrock edition. If you’re playing on a computer you’re going to want to go for the java edition as it’s a pc exclusive and outperforms bedrock. If you’re on console, mobile, etc. you will be stuck with the bedrock edition, but it’s still decent enough. Practically everyone has played or at least heard of Minecraft, but it’s had a resurgence with speedrunning taking the mainstage for the game. Popular YouTuber and streamer Dream, and YouTube, in general, have helped bring the game back into popularity.

If you’re one of the people that stopped playing when Minecraft somewhat died off or still haven’t touched the game now is a great time to do so. The single-player experience is a lot more different than what it was, with a lot more features. Many who stopped playing and then continued after the resurgence were quite confused about all of the changes, but quickly grew to love the game again.

So what does that mean for you? If you play games casually doing a single-player world from start to end is fun. After that, looking to get all of the advancements in your single-player world is something to do post-ender dragon death. If you’re looking for a more competitive side of the game, joining a server like hypixel and duking it out in skywars or bedwars should alleviate any thirst for player vs player combat. Minecraft feels like a different experience with friends, I recommend playing both with and without them to get a feel for the game.