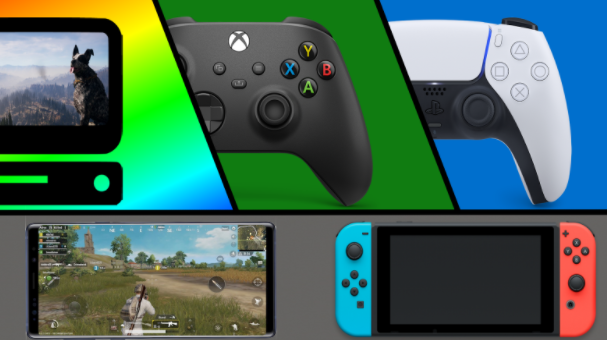 The Bitter Past, The Promising Present, and The Unpredictable Future for Crossplay

Throughout the pandemic, we’ve seen many turn towards gaming to cope with the boredom that ensnares people. They aren’t like a show or a movie. Most games offer replay value. Or, at the very least, are intellectually stimulating. You wouldn’t be able to just get a video game from a store like a book from a library. A movie can portray a beautiful story but a game can have said story do a 180 at the touch of a button.

The truth is there’s a lot of different platforms, with a lot of different expenses for people to be able to play on. But something that isn’t talked about as much as it should is cross-play, the ability to be able to play a multiplayer game with someone else from separate platforms. Before we go into specific cross-play games and what platforms you should be playing them on, we need to take a quick history lesson.

For the longest time, players were restricted to their respective platforms when it came to online play. At first due to technical limitations for consoles, but as the technology was quickly advancing in the early 2000s Xbox and PlayStation were in a heavy business battle. Both competing for more active users than the other. This has led to neither wanting to cooperate with crossplay, even today. But times have changed, and some revolutionary games have been able to bring these companies together in someways. Games like call of duty: Warzone and Fortnite are the two most prominent cross-play games of all time. But the number of good cross-play games is still heavily limited, nothing past major titles have been able to implement them.

But what about balancing? Computer games are primarily controlled with a keyboard and mouse while consoles use controllers, two input devices that are very different and hard to balance. An easy solution to that is to allow players to choose what platforms they would like to cross-play with. Both Xbox and PlayStation have their social system built in, a simple cross-play section wouldn’t be too much to implement as well as a slider for cross-console and all cross-play. That’s the bare minimum and would resolve almost all of the issues. Players who don’t want to crossplay don’t get affected at all, while the players that do have a larger player base that they can do it with. Competitive games like Rainbow Six Siege for console already have keyboard and mouse users cheating in higher ranks anyways, it’s hard to avoid. If cross-play could also account for input devices, and not just platforms, that long-time problem could be solved as well. Players wouldn’t need to buy a 3rd party adapter to use a mouse and keyboard on a console if they could plug in play like a normal controller.

Earlier I mentioned expenses, something that should be taken into consideration. What do you think new players would want to purchase, a $1000 pc or a $200-$400 console with a $9.99 subscription per month to be able to play online?

Cross-play between Xbox, PlayStation, and sometimes PC can and should be implemented more, but with only select titles getting that privilege it’s hard to tell if cross-play will become commonplace in the future. Meanwhile, I’ve compiled a list of cross-play games worth checking out that I’ve enjoyed (listed in no particular order).

And that’s about it, there are a few other battle royale games like apex legends as well as an honorable mention of keep talking and nobody explodes (sort of crossplay). But this list is primarily the best cross-play games that I could think of as well as being able to recommend.