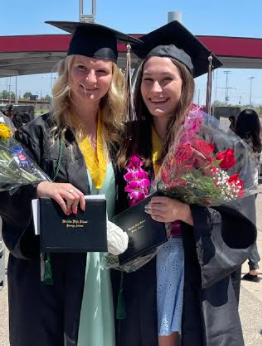 Is being able to adapt important?

As people, we often face problems, and more times than not we can get overwhelmed and feel like we’re failing. We all react very differently when it comes to facing problems. Some people react by getting frustrated and giving up other people can push their personal feelings aside and force through the pain. As a person that has made more mistakes throughout life, I’ve learned to adapt and change how I react to the problems that occur.

Typically how I react when I know things aren’t gonna go my way is by getting annoyed but despite the annoyance of an issue, I find a positive. Finding light in the dark has always been something that I was told to do by those above me, not realizing I took this advice straight to my heart I applied it with everything. It’s a struggle for it to become a natural reaction but when it does problems feel like being hit by a big wave in a water park, it sucks at the moment, you feel helpless almost but in the end, you know you’re gonna be fine. It’s normal to get annoyed by inconveniences, that’s human nature. However, to wallow in the negative will only create more problems and lead to fewer solutions. Sometimes when you keep getting negative results it’s in your best interest to take a break, to set aside some time to work on a different project that may not blow up in your face as badly. Making and finding excuses to divert the blame of a project gone wrong will only create a tunnel of procrastination as opposed to sitting down and powering through the troubling task at hand. Different environments can also influence how we can react to negative occurrences, for example, at school we face more critical feedback from our teachers and peers. Regardless of how we all individually react, it can impact us differently.

Some people find failure as an automatic shut-off, if they hit a brick wall, that’s where they’re staying. It’s unfortunate that a lot of ideas come to a complete stop at that very moment. If we have our ideas constantly shut down, failure can hurt much worse or it can feel like nothing but a light breeze. Failing at a task can force us to think one of two ways, it can put us in a situation in which we feel like we are not capable of completing this task or that the task is impossible to complete. There have been times in which I was so close to succeeding that I was hit by a big loss. It hurt and I felt defeated at that very moment, nothing felt worth it after the failure. It makes us feel like the task is unachievable and we aren’t able to do it, in reality maybe it wasn’t the right time or place. We have the ability to complete the task otherwise it wouldn’t have been offered to us in the first place. That’s why finding a light in the dark is so important, take every opportunity as a learning opportunity and apply them as if you need the knowledge to finish the task in the future.

If you’re one of the people that struggles to see the light while struggling it’s important that you learn to adapt to change. Things aren’t going to come and go as easy as they seem in the films. There are going to be times where you’re the only one that can complete a task and no one wants to depend on someone that is known for giving up at the sight of failure. It’s crucial that you’re able to adapt to change as change is all around us, every day is a change from the last if only in the slightest. Not being able to change means you’re going to be stuck in the same position as always, not adapting and learning from failure. Every day will be different from the last, it will have new challenges and new failures ahead. It’s important that you’re ready to face problems and challenges.