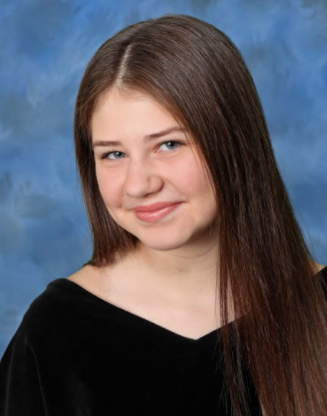 Thomas Edison created 10,000 failed prototypes of his electric bulb before succeeding. Dr. Suess had his first book rejected by 27 different publishers. Oprah Winfrey was fired from her first TV anchor job. Imagine if these people had just stopped. We wouldn’t have things and figures that have made big impacts on many lives. It is important to know how to cope when things don’t go your way and how to use failure as motivation to adapt.

Things don’t always go the way we want them to, everyone goes through this and everyone has a different reaction. I believe that there are two main ways that people deal with not getting their way: expression and suppression. People who fall under the expression category may tend to yell, quit and walk away. They are temporarily rageful and unhappy and they want everyone to know it. People with suppression tendencies may let things build up and up until they inevitably burst or they may hold grudges for years. Personally, I struggle with suppression. I could hold a grudge against someone forever or at least until they make it right. This is worse in the long run because I am never able to move on and it ends up hurting me more than anyone else. We can all learn from these experiences and find our own ways to help ourselves and the situation.

Suzanne Degges-White put together a list of 5 ways to cope when things don’t go your way. The first tip is to learn to concede a loss. Stubbornness is an enemy to many of us but by learning to quit fighting we will be more at peace with ourselves. Tip number two is to turn anger, resentment, and jealousy into a motivating force followed by number three that advises readers to forgive themselves before it’s too late. Number four says to let past mistakes be bridges to better choices. Lastly, number five says to turn the missed opportunity into a grasp on the future. These tips are a great way to turn a bad situation into personal growth.

Robert Kiyosaki once said that “successful people don’t fear failure but understand that it’s necessary to learn and grow from”. Everyone fails, even the most successful of people. Failure is typically perceived as a lack of success, however, it is a necessary step towards success. Failure is important, without it there would be no growth and no learning. This is why it is how you deal with failure that matters. Quitting is never going to get you anywhere but trying again is what promotes success. You live and you learn and that it is just part of life.

Adaptation is so incredibly important. Adaptability is the willingness to make mistakes and learn.

“Adaptation is essential in order to survive and move ahead in the world. The ability to adapt to people, situations, and surroundings affords people a greater opportunity to get what they want and what they need.””

Without the ability to adapt, people would be stuck in the same situation forever, they would never get the chance to reach their full potential. Although it’s not fun to make mistakes, it is essential to growth.

In conclusion, failure is a necessary aspect of life. When things don’t go our way we should not explode or suppress them, instead, we should use it as motivation. Everyone fails but that is what success is built upon. Failure is what promotes adaptation which is an essential quality to have. Take your failures and build a better you.