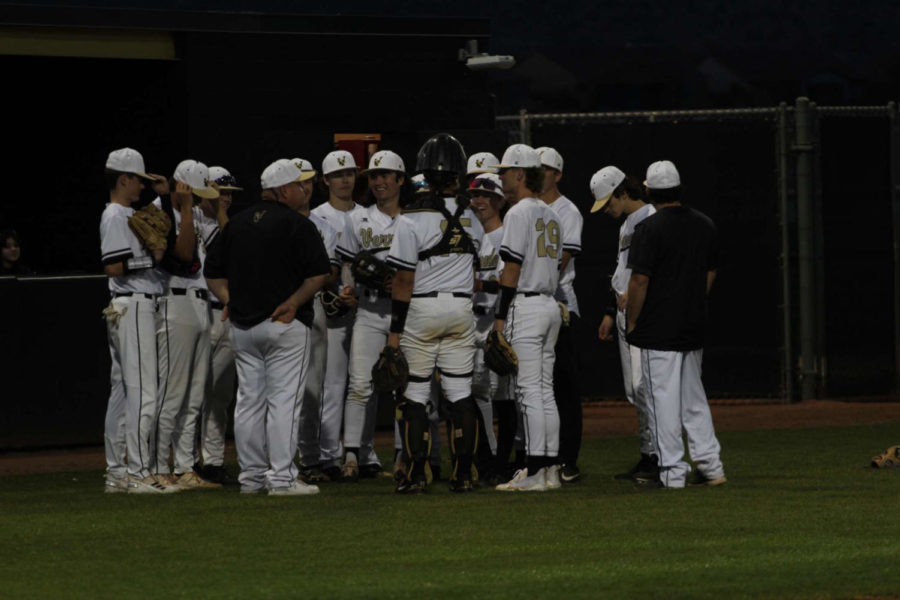 Verrado baseball just wrapped up another mid-season tournament, finishing and even 2-2. This tournament had some very tough opponents as Verrado faced some top teams from out of state.

The first game of the tournament took place on 3/12, as Verrado took on Rock Canyon out of Colorado. In a low-scoring game, the Vipers would prevail 2-1 in a pitcher’s duel between top arms from both teams.

The Second game had Verrado facing the weakest of the four opponents as they took on Cactus High School. And though the team came out a little lackluster, they were able to walk it off and win by a final score of 8-7.

The final pool play game was against Yukon High School, a top team out of Oklahoma. This was a very close game, as both teams battled back and forth as the game was tied going into extra innings. But after giving up 6 runs in the top of the 8th that killed any chance of making a comeback, and the Vipers fell 10-4.

The fourth game was an interesting game due to circumstances that happened at the school earlier in the day. The team traveled to Notre Dame Prep to take on the Saints. And although at one point Verrado had a 3-1 lead, a big fourth inning from Notre Dame would propel them to a blowout 13-3 win.

After the tournament, Verrado’s record now sits at 7-4 going into the first region game Thursday against Agua Fria. They also play Friday at Washington High School, before heading into a 6-day break from playing games.

Lastly, I would like to highlight some players who are playing well. Senior second baseman Larry Haskins has had a monster year, as he currently has an average of .647 with 22 hits on the season. Centerfielder Brendan Killeen has also had a great year hitting .438. Also I, Jake Gonzales, am currently hitting .412 on the season so far. Senior Joe Perez is hitting .483 while having a 3.50 ERA on the mound. Garrett Hicks has also been Great on the mound, sporting a 2.15 ERA in three appearances. Finally, Junior Dom Torres has been very good on the pitching side of things as well, he has a 1.24 ERA in 3 appearances.

The Vipers will look to continue this good play, as they have 17 remaining regular-season games.