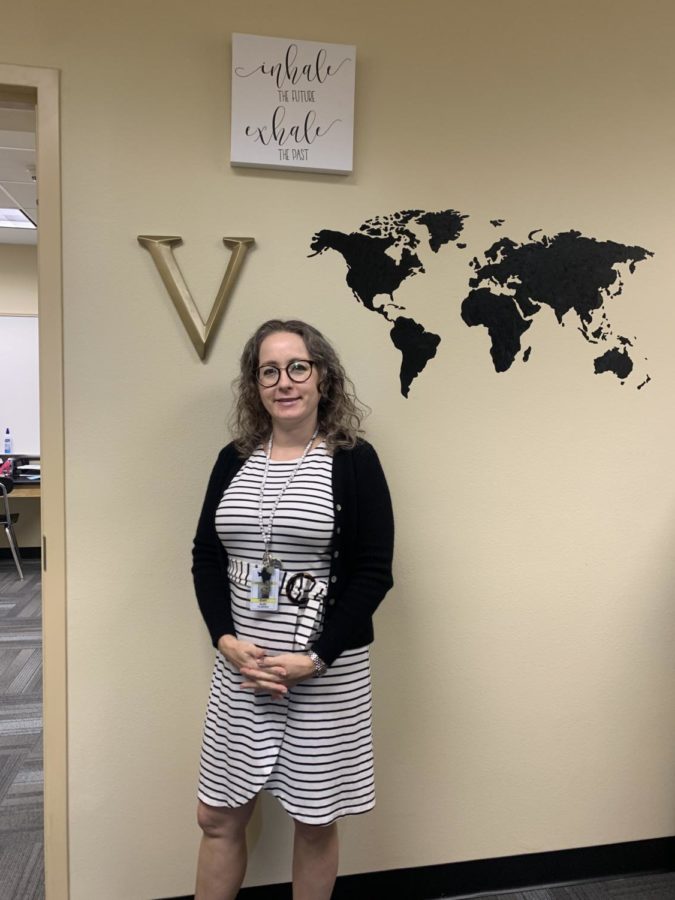 Meet the New B Wing Counselor

The other day I had the pleasure of interviewing Mrs. Palmgren. She is one of our new counselors here at Verrado. Mrs. Palmgren stated “I came to Verrado because this is my home school. I lived in the community, my daughter graduated from here, and I have another kid whose currently a junior.” She says“ I wanted to be a part of a school district that I think is great and is doing good things.

Mrs. Palmgren has not only been a counselor but she was a teacher. She also stated that many years ago she had a family business that designed and sold custom shelving systems. She says, “ Sometimes it takes like there’s a journey to figure out where you wanna be.” I will be using that quote in the future.

I can tell she enjoys working with students just by her positive attitude and she seemed very interested in the things I had to ask her. The next question I asked her was, where she worked before coming to Verrado. She continued by saying that she worked in Tonapah for the high school and middle school students for the last two years. Overall, Mrs. Palmgren has had an easy time adjusting to coming to a new school. She enjoys it here at Verrado.

Don’t be shy to stop by her office and welcome her to a new school.